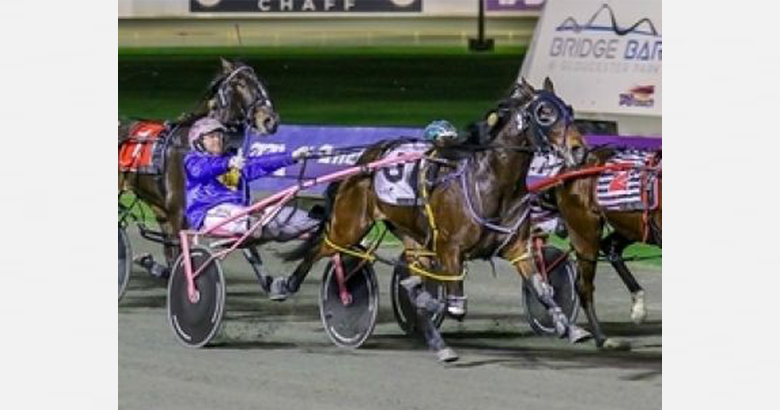 Bred, owned and trained by Shane Quadrio, Black Jack Baby has won seven of her eight starts and $100,511 and she is clearly the richest two-year-old in WA this season.

She is one of five juvenile winners sired by FOLLOW THE STARS in June. The others were the Allwood Stud bred and owned trio Star Of Willoughby, Our Shooting Star and Troopingofthecolour (1:55.8), along with Mybrotherskeeper.

Star Fromthepalace and Our Star Carly, both members of FOLLOW THE STARS’s first crop, were both on the winning lists last month. The former scored at Bunbury in 1:58.8 and finished third in the $80,000 Allwood Westbred Classic, while the latter won in a career-best 1:56.9 at Pinjarra.

FOLLOW THE STARS has jumped into fourth position on the Australian 2YO Sires’ list with eight winners and progeny earnings of $244,614.

Resident sire LOMBO MANDINGO was represented by the ultra-consistent Pamy June, who won at a 1:56.9 rate at Bunbury.

Allwood Stud Farm bred or owned no less than eight individual winners for the month. Besides Star Of Willoughby, Our Shooting Star, Troopingofthecolor and Star Fromthepalace, they bred and owned the first-up Gloucester Park three-year-old winner Mister Mach, the three-year-olds Bettor Look and Smooth Rye, and the four-year-old The Righteous.

Oh Baby, What A Star