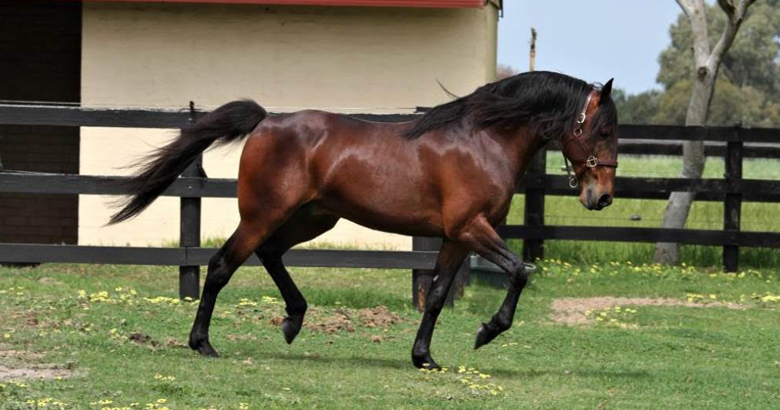 The Art Major horse FOLLOW THE STARS, who stands at Allwood Stud, is leaving smart two-year-olds from his second crop, the oldest of which are now three years.

Star Of Willoughby, who won his second race at Pinjarra in 1:59.9, is a colt by FOLLOW THE STARS from the Allamerican Ingot mare Lady Willoughby, while the Allwood Stud bred and owned Star For Me finished runner-up in the Group 1 $100,000 WA Diamond Classic at Gloucester Park.

FOLLOW THE STARS has produced six individual two-year-old winners this season to date.

FOLLOW THE STARS was represented by five three-year-old winners last month and now has 20 individual winners from his first crop of 60 foals – a creditable 33 percent winners-to-foals record.

Star Fromthepalace, a Diamond Classic heat winner in 1:59, The Stars Above (1:58.7, Pinjarra) and the Bunbury winners Star Of The Class (1:58.3), Follow The Dragon (1:59.4) and Stride Like A Star have been other recent winners sired by FOLLOW THE STARS.

Companion sire LOMBO MANDINGO left a couple of impressive winners in Brocks Territory, a winner in 1:52.2 at Menangle, and Pamy June, who won at Pinjarra in 1:56.8 and Bunbury in 1:57.5.

Other Allwood Stud bred winners in May were Jesse Allwood, a winner at Gloucester Park in 1:59.6, Allwood Mach (1:58.5, Bunbury), For Honourandglory (Bunbury) and the trotter Always A Dreamer (Gloucester Park and Pinjarra).

Another Winner For Eagle