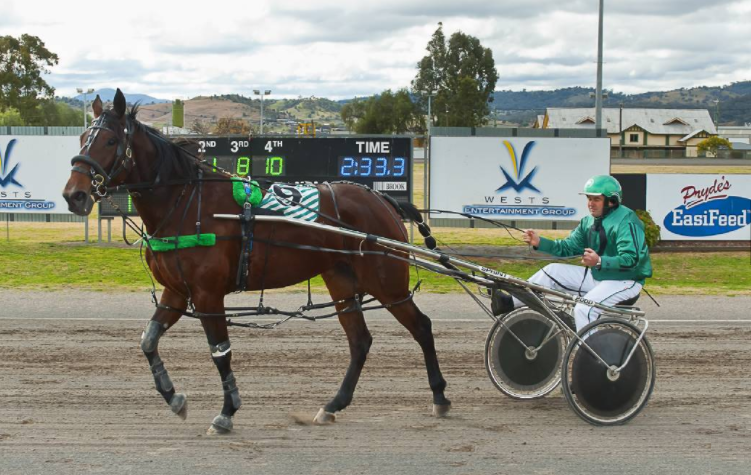 A breeding and owning double at Gloucester Park on August 1 was the highlight of another busy month for Allwood Stud.

The impressive two-year-old Joe With Flow led throughout in 1:57.3 to post his maiden success, while the four-year-old Glowing Report notched win No 4.

Other Allwood Stud bred/owned winners for the month were the two-year-old Allwoods Rocknroll (Gloucester Park), the three-year-olds Apparitional (Pinjarra) and Pick My Pocket (1:55.3, Gloucester Park) and the four-year-old El Hombre who won in 1:57.3 at Gloucester Park, his eleventh success to date.

Our resident sires TINTED CLOUD and LOMBO MANDINGO were both represented by winners in August.

LOMBO MANDINGO weighed in with the 1:59.7 Penrith winner Make Mine Grange (his 7th win).

Group 2 success for son of the Eagle