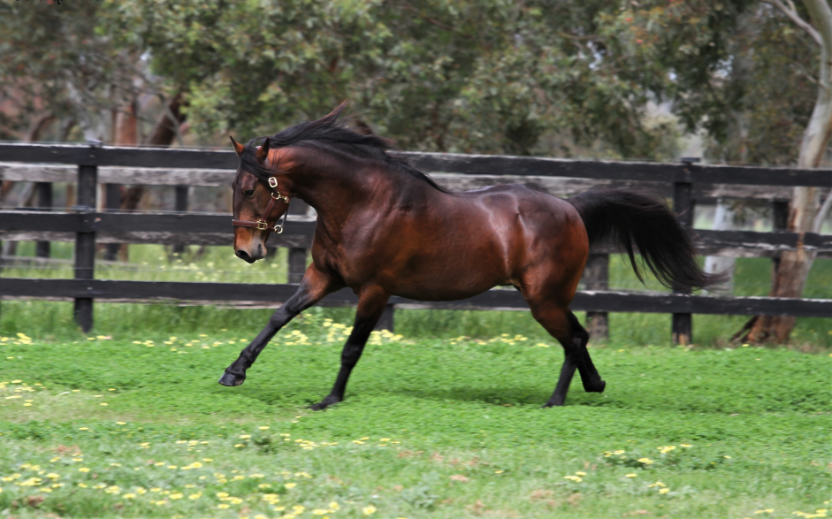 Brilliant Allwood Stud owned mare Pick My Pocket provided undoubtedly the highlight of the month when she captured the Group 2 $50,000 Empress Stakes at Gloucester Park. It was her 10th success and pushed her stake tally beyond the $150,000 mark.

Our leading sire FOLLOW THE STARS produced a spate of winners in March.

Black Jack Baby, a two-year-old filly, is proving one of the best her age and sex in Western Australia, winning at her first four appearances before finishing a close second in the Western Crown.

Aristocratic Star, a three-year-old colt bred and raced by Allwood Stud, showed a glimpse of his class downing a top field in the Group 3 $30,000 WA Country Derby at Bunbury. The $19,500 winner’s cheque increased his bankroll to $90,932 and he is the richest progeny of FOLLOW THE STARS.

Companion sire FLY LIKE AN EAGLE left important winners in NSW during March.

Eagle Commander, a two-year-old gelding by FLY LIKE AN EAGLE, followed a string of placings by winning the Bathurst Gold Crown Bronze Consolation in 1:59.3, while Dancelikeangel, a three-year-old filly, won her third race at Wagga in a slick 1:56.8.

Other recent Allwood Stud bred and owned winners were The Righteous (Bunbury) and the trotter Always A Dreamer (Pinjarra).

Allwood Stud sold 18 of the 22 lots we presented at the Australian Pacing Gold sale in Perth including a FLY LIKE AN EAGLE colt out of Arkareena for $57,500.

Make It Quick Wins For Hynam