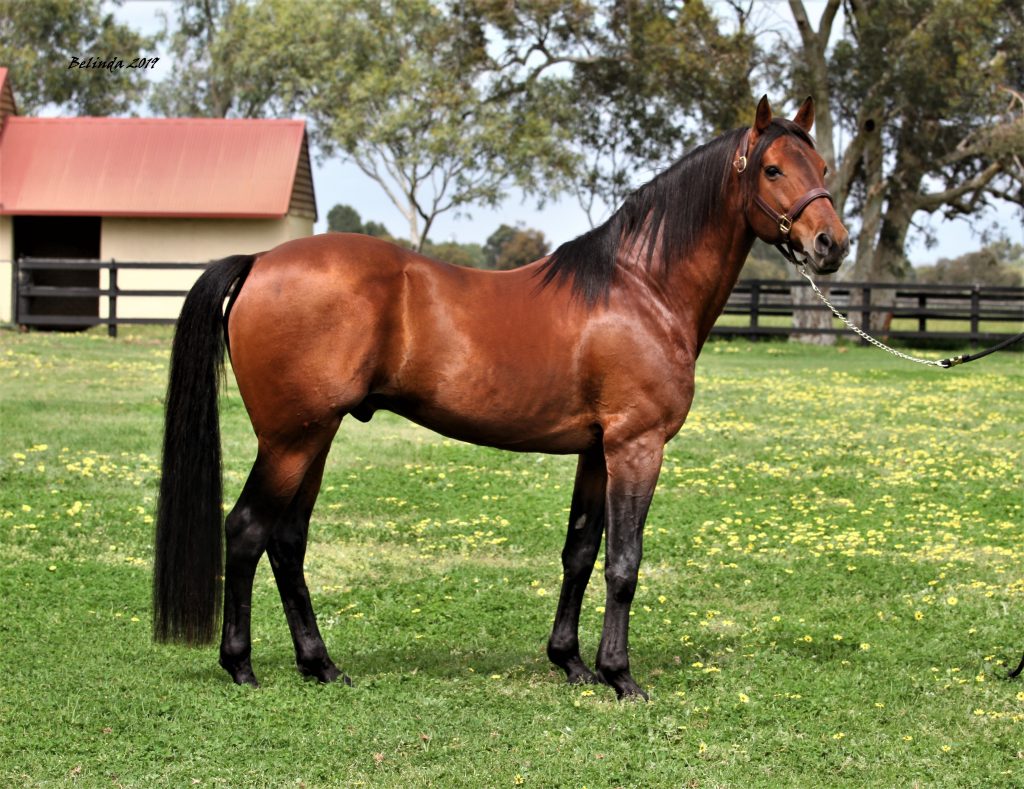 WA Breeders can treat themselves to a look at the stallion with the 007 looks at Pinjarra this Monday when the Eagle struts his stuff before Race 6, the Fly Like An Eagle Pace at 3.55 p.m. W.A. time. And there’s more than just the lure of the lucrative Double Westbred bonus that W.A. breeders can potentially gain! For those who venture to Pinjarra on Monday & make their bookings to Fly Like An Eagle with Allwood Stud Farm’s Stud Manager, Michael Holtham, there’ll be a special, not to be missed, on the day only discount! It will be worth way more than your fuel costs to get there to see the stallion with the movie star looks! Trainers, breeders & owners are over the moon that the 4-time Group 1 winning son of the mighty Mach Three is passing on, not only his good looks, but also his athleticism & stature to his offspring.
After his yearlings exciting APG debut in Perth earlier this year there’s no better time than this Monday to head your way to Pinjarra! Michael Holtham & the Allwood team in W.A. are looking forward to catching up with breeders & enthusiasts alike. A great opportunity to get the deal of the season and then aim for a Double Westbred Bonus & who knows then?
Follow in Dad’s footsteps to a Derby or even Breeders Crown Glory?
We can’t wait to see you there!

Another 2Yo Winner For Star