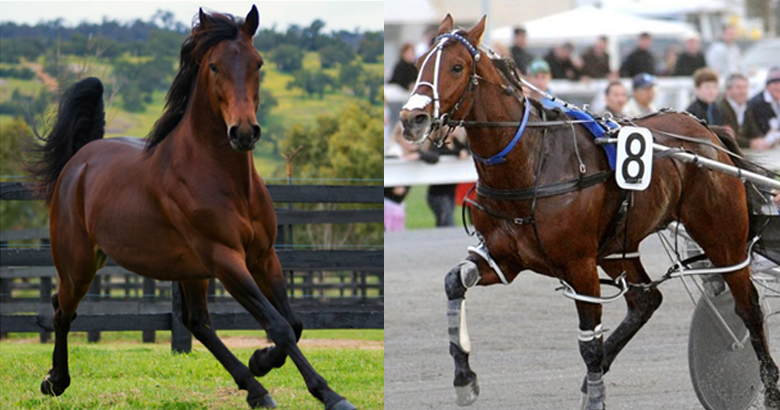 Allwood Stud resident stallion Fly Like An Eagle is the leading WA based sire of two-year-olds in respect of winners, races won and stakemoney. The former NZ 2YO Colt of the Year and Derby winner has left seven individual winners of seven races and $64,823.

The two-year-old filly Ekara Navajo was Fly Like An Eagle’s latest juvenile winner when she scored on debut at Bunbury.

Fly Like An Eagle’s three-year-olds are also making an impact on WA racing.

Other recent Fly Like An Eagle three-year-old winners have been Catch The Red Eye (Gloucester Park and Pinjarra), Jaxon Morgan (Gloucester Park), Northern Gaze (Northam) and The Mercenary (Central Wheatbelt).

Fly Like An Eagle was also represented by the four-year-old Eagle Commander, who won his 13th race in the Bathurst heat of the NSW Regional Championships.

Follow The Stars sired no less than 12 individual winners during May. The haul include dthe two-year-old colt See Ya Bye (Pinjarra), the three-year-olds Dreams Of Valhalla, Hokulani (both Pinjarra), Cullen Star (Northam) and See The World (Narrogin).

Allwood Stud bred 13 winners for the month including the Gloucester Park winners The Last Drop, Make It Quick and Jesse Allwood.