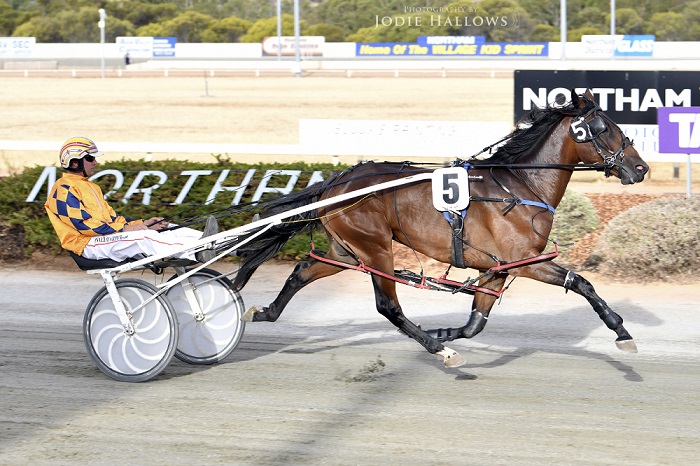 Who would have thought a new season sire with just 56 live foals could be 4rd on the leading 2Yo sires table at this stage. What’s really clear is that this sire has the ability to get his offspring up and running early in a season. A great example of this is that he now has 7 runners that have raced from a total of 59 foals born, while his super sire father Art Major ( who currently sites 6th on the premiership table for 2Yo’s ) has just 5 starters from a massive 130 foals born.

As this goes to print, Follow The Stars is leading some real champions of the sport with Bettors Delight sitting 8th , American Ideal 11th and the brilliant Mach Three down at 20th. When we contacted Mick Hotham from Allwood Stud for a comment he said “ We are really pleased for our clients that supported “ Follow The Stars” it’s becoming exceedingly clear that they can go early, with a wave of youngster’s trialling and about to hit the races”.

Follow The winner Aristocratic Star a colt out of Aristocratic Glow looks to be a very smart young horse. After just 3 starts he has a 3-1-1-1 race record ( this horse has already won close to $10,000 in double West Bred bonuses for the owner/breeder The feedback we is that this young horse has a lot of improvement to come, connections are very excited about his prospects.

Follow The Stars was unbeaten in this country as a 2Yo winning two Group 1’s and a Group 3  ( Not to mention a NZ Group 1 and Group 3 ) in his first year of racing  and has that very rare distinction of winning both New Zealand and Australian 2Yo of the year.

Western Australian owners that are looking at taking advantage of Double West Bred horses will be pleased to know that Follow The Stars has 25 yearlings in the upcoming APG sale. What’s really pleasing is that a large percentage of these horses have been raised and prepared by the team at Allwood Stud who have a remarkable track record of producing yearling at the highest standards.

Follow The Stars draft in the APG Perth Sale