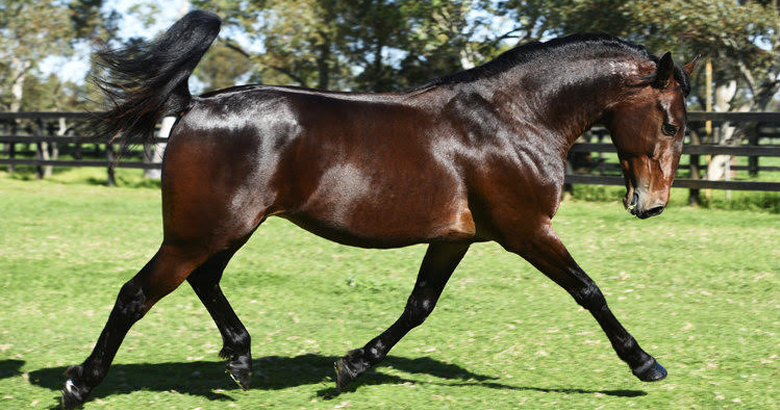 The stock of the Art Major horse FOLLOW THE STARS, who is now standing at Goulburn Valley Equine in Victoria, passed a significant milestone recently with his progeny topping the $1 million mark.

The former NZ and Australian 2YO Colt of the Year has been represented by 44 individual winners and 78 starters from his first two crops, including 18 two-year-old and 22 three-year-old winners so far this season.

Other recent FOLLOW THE STARS two-year-old winners were Our Shooting Star, who was bred and is owned by Allwood Stud, and Robbie Rocket.

The Gloucester Park winner Fiord (1:58.1), Our Star Carly, Navajo Stargazer and the Allwood bred Nightwatch Star, a 1:58.7 winner at Canberra, were other three-year-old winners sired by FOLLOW THE STARS in November.

FLY LIKE AN EAGLE, who is standing at Allwood Stud, was represented by four winners during the month from his two NSW crops. They were the two-year-old Fear The Eagle and the three-year-olds Chasing The Wind (who won twice), Mondo’s Eagle (1:58.8) and Mista Eagle, the latter two winning for the first time.

Other Allwood Stud bred winners have been Jesse Allwood, a winner of six of her last 10 starts, the three-year-old Mister Mach, the trotter Always A Dreamer and the exported Lord Willoughby, who won in 1:51.8 at Pocono Downs, Pennsylvania and in 1:55.4 at Saratoga Raceway, New York.