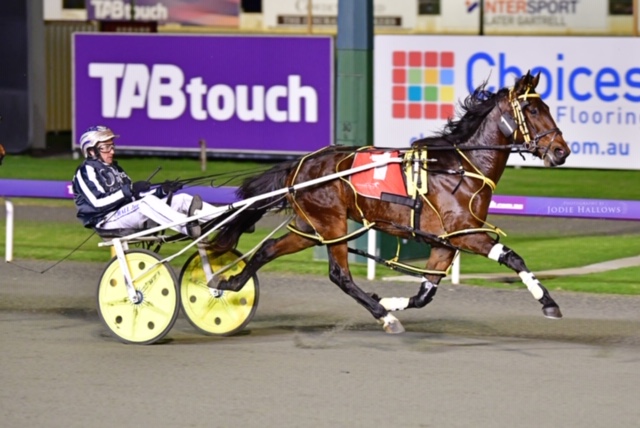 The stocks of impressive first crop sire FOLLOW THE STARS were given a significant boost with the results of juvenile racing in Western Australia in June.

Aristocratic Star, a two-year-old colt bred and owned by Allwood Stud, set the standard with an end-to-end win in the $25,000 (Listed) Westsired Classic at Gloucester Park, leading in a FOLLOW THE STARS quinella with The Stars Above second.

Aristocratic Star, the second foal of Aristocratic Glow 1:55.9 ($74,756), also finished runner-up in two $100,000 Group 1’s, the Pearl Classic and the Allwood Stud Farm Westbred Classic, and boasts a record of three wins and six placings from nine starts for $59,090 in stakes.

Meanwhile, Star Fromthepalace¸ a two-year-old daughter of FOLLOW THE STARS, completed an Allwood Stud double at Gloucester Park on June 28 when she captured the $20,000 Allwood Stud Westbred Classic Consolation in a career-best 1:59.5.

Earlier on the same night El Hombre hoisted a new lifetime mark of 1:52.9 and pushed his earnings over the $150,000 mark with an excellent come-from-behind win.

‘New’ winners by FOLLOW THE STARS in June were the Allwood Stud bred and raced The Stars Above, who won at Gloucester Park in 1:59.6, and the filly Magical Mysty, an end-to-end winner at her third appearance at Pinjarra, while the trotter Papa Razzi won twice off handicap marks at Pinjarra and has won four of his five starts.

FOLLOW THE STARS is the second leading first season sire based on individual winners with seven and is in second position on the stakemoney list with $186,887.

Other Allwood Stud bred winners in June were Lord Willoughby, who won at Harrah’s Philadelphia, USA in a career-best 1:51.4, Allwood Peacemaker (Northam), Writing On Thewall (Narrogin) and Allwoods Rocknroll (Narrogin).

Cluster Star Wins Over The 2242