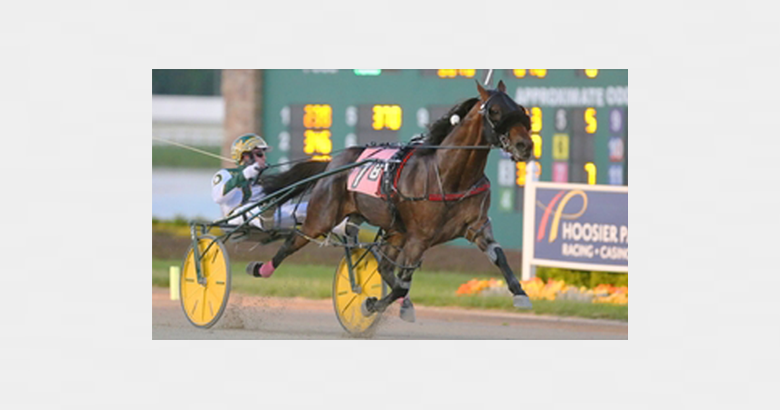 Rock N Roll World (1:48.6), who is to stand his first season at Allwood Stud, Serpentine, of one of Australia’s leading breeders Bob Fowler, is one of the best bred sires to be imported to Australia in recent years.

Their dam, World Order (1:53), was a half-sister to the dam of one of Australia’s greatest sires in Art Major and to a leading sire in Perfect Art.

Rocknroll Hanover, a champion sire in America, where he has sired the winners of almost $115million and has 77 in the 1:50 list, has also made an impact through his sons as sires in Australia.

Not only is Rock N Roll World a youthful son of Rocknroll Hanover – he was foaled in 2012 – but on his distaff side he can claim equal distinctions. He is also a half-brother to World Of Her Own, the dam of four in 1:54 including Sir Richard Z Tam (1:50.2), and Worldly Deo, dam of Odds On Lauderdale (1:49.2).

Rock N Roll World was a top racehorse himself, winning $712,737 from 18 wins and 27 placings in a career spanning four years.

As a two-year-old, he won in 1:54.4 in a division of the Geers Stake, while at 3 he went in 1:50.6 winning the Adios Stake Consolation at The Meadows and was placed in the Tattersalls Pace, Art Rooney Pace, Reynolds Memorial, John Simpson Memorial and North America Cup Consolation.

Rock N Roll World promises to make a real contribution to the breeding industry – as to be expected of one of his royal pedigree.