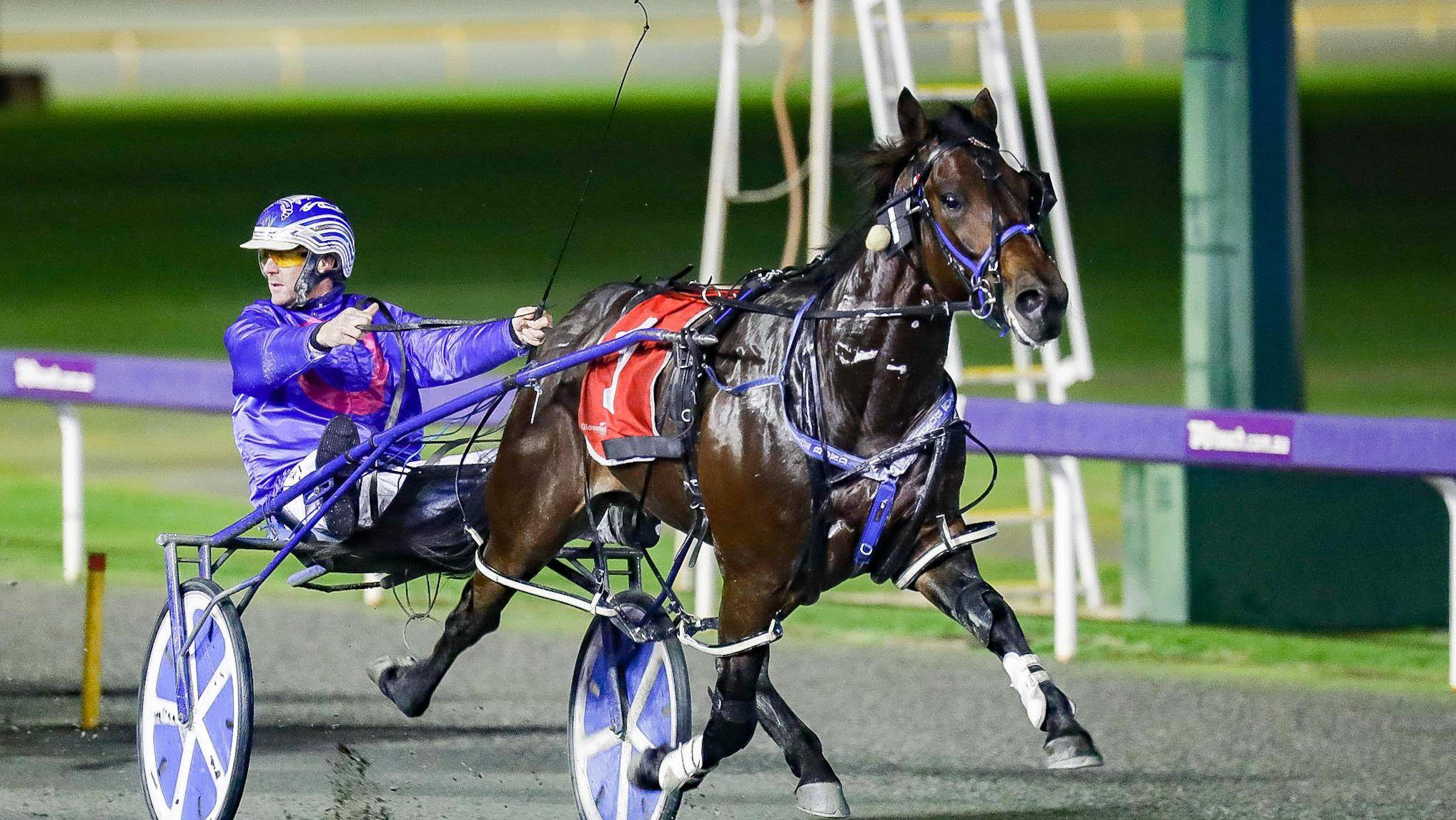 Australasia’s leading 2Yo, Black Jack Baby has just moved past the $100,000 in earnings after another dominating performance at Gloucester park on Friday night.  This star filly is now set to take on the boys in the G1 Golden Slipper worth $100,000.

This Follow The Stars’ Filly out of What A Card (N52 family) has a sensational turn of speed for a 2YO and reports are she has the capacity to come home and break the 26 second mark if the conditions are right.

When we spoke to Shane Quadrio ( Owner) about this exciting filly he went on to say “We are just so pleased and grateful that we have such an impressive filly to race. Having a Double Westbred horse is so important in the west and without checking our statements, I think we would have close to $40,000 in bonus’s from just 8 starts – we are pumped”.

He then went on to say, “ I can’t thank the team at Allwood enough.  Big Mick Holtham really liked the match to Follow The Stars and we are so happy we took his advice.  As a family we made the decision before the APG 2019 Perth Sale, that we would keep the filly if she failed to make over $12,000.  When the bidding stopped at $9,000 we were okay she would come home with us.

Follow The Stars who stands for just $3,300 (less discounts), currently sits 4th on the 2Yo sire table just behind Bettors Delight $27,500, Captaintreacherous $22,000 and Mach Three. He leads the likes of Art Major, American Ideal, Rock N Roll Heaven ,Roll With Joe and Sweet Lou by a considerable margin at this point in the season.

As a result of strong enquires, talk has been building for sometime that Follow The Stars could be heading East to stand in Victoria for the 20/21 season. When we contacted Allwood, Mick Holtham  stud manager, he told us, “We are looking to make an announcement this week about where our stallions will stand this year.  Our highest priority is to cater for the needs of our loyal clients. If we can fulfill that need and let the breeders on the east tap into a couple of very special sires that will be Vicbred eligible, we think that can add real value for all mare owners this season”.

Allwood Stud booking enquiries should be directed to Michael on 0410 565 244.