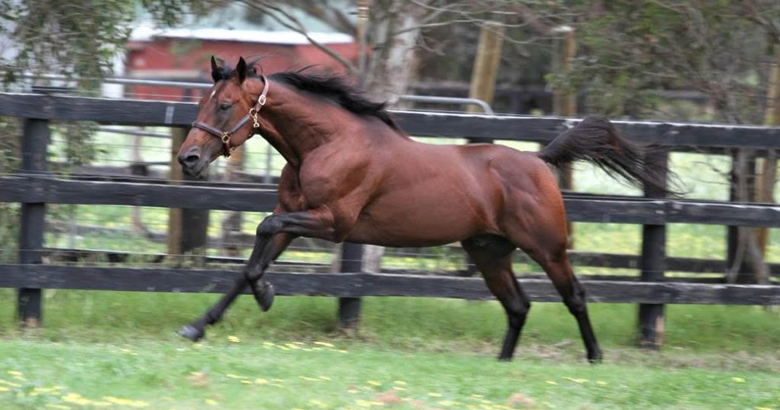 Michael Taylor breeder, owner, benefactor and devotee of all things harness racing, is over the moon to have landed the position of coordinating all sales, bookings, pedigree matching assistance and shipping with Allwood Stud.  This Australian owned stud is the proud 100% owners of the Group 1 winner and Group 1 sire Follow the Stars (aka the richest 2Yo in Australasia this season). Plus, the super-fast Rock N Roll World 1:48.3, who carries the title of having “The Golden Cross of the 21st Century”, and who is the son of the champion racemare and USA 2YO and 3YO Filly of the Year, Worldly Beauty 1:49.6 ($1,900,255). She also shares a 100% matched pedigree of Art Major and is the full sister to the dam of champion colt pacer and 2018 leading American sire Captaintreacherous 1:47.2 ($3,148,657). Third sire is Fly Like An Eagle, the son of champion sire Mach Three who’s yearlings have really impressed buyers in the ring this year with sales up to $57,500.

Taylor, is probably best known as the former booking agent for Nevele R and Haras De trotteurs and is also the breeder and owner of Empire Bay – a winner of 21 races and $205,000 in stakes including the NSW Breeders Challenge 2YO Final and the NSW Foundation 3YO Final. He was named NSW 3YO Trotter of the Year and set two track records at Albion Park and one at Redcliffe. He has also bred 12 Breeders Crown finalists.

Taylor said, “I’m just so excited to be joining the team at Allwood, with Follow The Stars really shinning brightly at the moment having sired the richest 2Yo in the Southern Hemisphere . Add to this the high level of expectation around Rock N Roll World and with Fly Like An Eagle’s progeny selling so well, its going to be a massive breeding season.  It’s clear that with the new 150 book restrictions, and Vicbred eligibility that both Follow The Stars and Rock N Roll World sires will certainly have a big roles to play in the 20/21 season.  Just look at Rock N Roll World’s bio below – it’s outstanding”.

The super-fast Rock N Roll World 1:48.3, who carries the title of having “The Golden Cross of the 21st Century”, belongs to the U7-Miss Duvall family, which is noted for the number of successful sires it has produced such as Art Major, American ideal, Captaintreacherous, Life Sign, Perfect Art, Real Artist, and Western ideal just to name a few.

Rock N Roll World is a bay horse, foaled in 2012, 15.2 hands and a stunning individual that represents GREAT value for your broodmare at the amazing fee of just $4400 less discounts.

Star Of The Class Wins Again For Follow The Stars

Group 1 Success For Leading Sire, Fly Like An Eagle