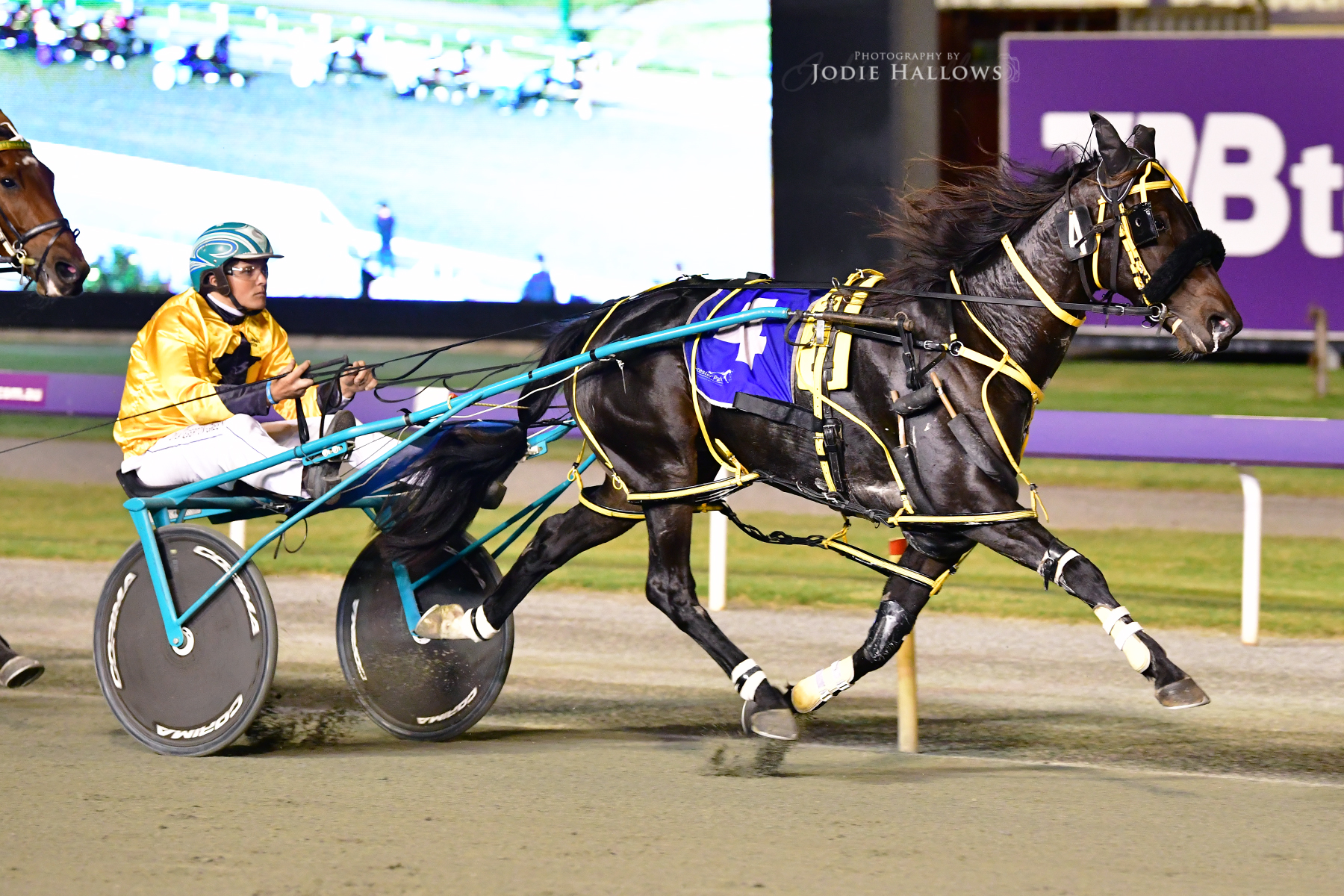 The familiar yellow and black silks of Allwood Stud were a fixture at Gloucester Park meetings during April!

There were five Allwood Stud bred and owned horses who saluted at the Perth headquarters’ track and they won seven races between them including an amazing three doubles!

Heading the vanguard was the talented three-year-old colt Back In Twenty (ex Aristocratic Glow), who scored in a career-best 1:55.4 and 1:58.1 and has now won four of his nine lifetime starts.

Not to be outdone, Veiled Secret, a four-year-old daughter of TINTED CLOUD and the former top racemare Sheer Royalty, led throughout to beat a smart field of mares and fillies in 1:56 in the $30,000 The Johnson to advance her stake tally to beyond $90,000.

Other Perth winners bred and owned by Allwood Stud were All Over Tan 1:58.1(ex Lady Mulan) and Joe With The Flow 1:58.2 (ex Miss Jeffries).

Meanwhile, Military Master, a gelding bred by Allwood Stud out of Mabel Fox, now racing in America, won in 1:53 at Yonkers, New York and has banked in excess of $US200,000, while the three-year-old trotting filly Allwoods Sunbeam (ex Sunbeam Song NZ), bred and raced by Allwood Stud, won for the first time at Maryborough (Vic.) by 13.7 metres.