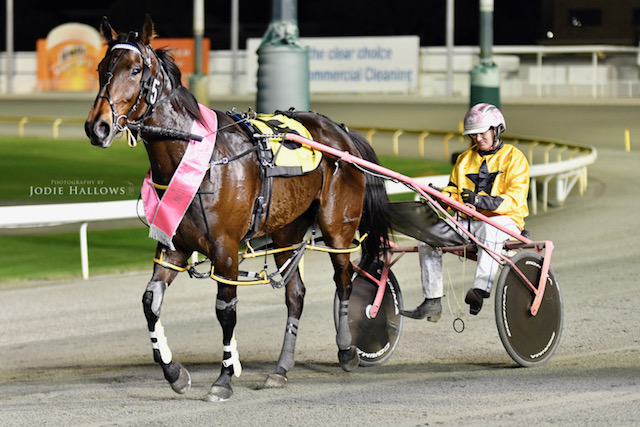 Veiled Secret, a filly bred and owned by Allwood Stud, hoisted a fresh world record for three-year-old fillies of 1:53.6 over 1684 metres at Pinjarra on June 4. Her time was 1.2 seconds inside the former mark put up by Arctic Fire NZ at Pinjarra in July 2010.

She is the third foal of the WA Oaks winner Sheer Royalty (by PARSON’S DEN), the dam of three winners from three foals including the multiple Group winner Sheer Rocknroll 1:55.9 ($303,715).

Lord Willoughby, a four-year-old gelding bred and owned by Allwood Stud, notched his ninth win this season and 13th lifetime when he came off a 10 metre handicap at Gloucester Park. The winner of $120,815 in stakes, the gelding is from the former Australian 2YO Filly of the Year Amongst Royalty (by PARSON’S DEN). 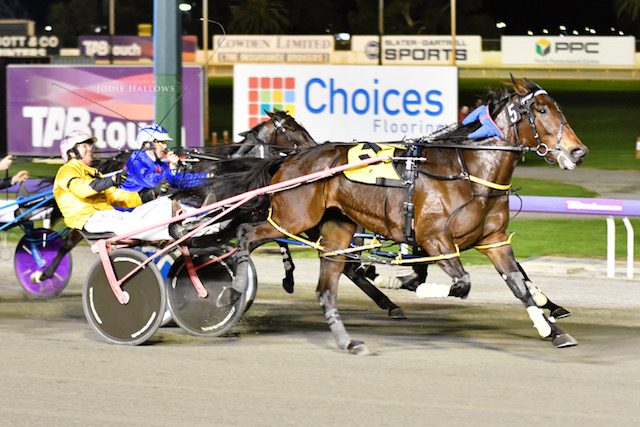 While Allwood Peacemaker (ex World Peace), a three-year-old gelding bred and owned by Allwood Stud, won for the third time at Gloucester Park in a 1:58.9 rating.

PARSON’S DEN was represented by Harry Haich, who took out the $25,000 Westsired 3YO Colts and Geldings race at Gloucester Park in a career-best 1:59.3, while LOMBO MANDINGO left a new winner in Aint No Lombo (1:59.2, Charlton).