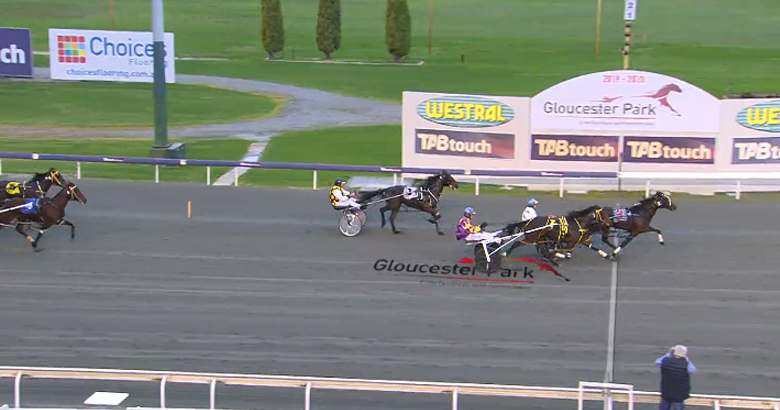 Follow The Stars racked up his tenth individual 2yo winner for the season when in-form driver Dylan Egerton-Green piloted Make It Quick to his first win at Gloucester Park tonight. Make It Quick was bred and is owned by Allwood Stud.

To really stamp what a great job Follow The Stars is doing as a 2yo sire Make It Quick lifted him to 2nd on prizemoney averages on the National 2yo Sires Premiership (for sires of ten or more starters). Only the late & great Mach Three is ahead of him. A great achievement by any reckoning.

Breeders can look forward to keep making them quick in the upcoming season where he’ll stand in Victoria the scene of his greatest 2yo triumph in the 2014 Breeders Crown at Melton where he left a quality field including My Field Marshall in his wake.