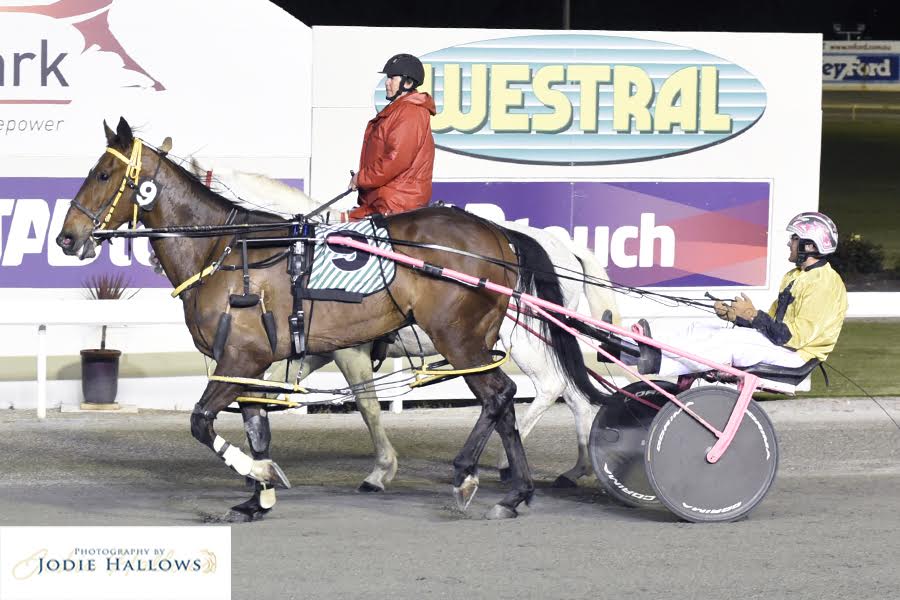 October was another big month for horses bred, raised and owned by Allwood Stud Farm!

We bred five individual winners for the month headed up by tough gelding El Hombre, who won his 12th race at Gloucester Park on October 6, rating 1:56.3 over 2130 metres. He was also placed twice at Perth headquarters and boasts lifetime earnings in excess of $140,000.

Atmospherical, a black gelding bred and owned by Allwood Stud, made an auspicious start to his racetrack career winning at his first two appearances at Kellerberrin in 1:59.3 and a week later at Northam in 1:59.4.

Always A Dreamer completed a double for Allwood Stud at Northam, ending a frustrating run of minor placings with an end-to-end win in a 1:59.6 rating over 1780 metres.

Another ‘new’Allwood Stud winner was the 4YO mare Cullen Class, who broke maiden ranks at Pinjarra on October 16, while, one week later,Glowing Reporthoisted a fresh lifetime mark of 1:54.6 in notching his fifth success at the same venue.

TINTED CLOUD, one of the Allwood Stud stallion roster, was represented by the very impressive Gloucester Park winner Jaxon Fella recently. The 8YO gelding rated 1:57.5 over 2536 metres in beating a handy field and has now won 20 races and $186,863 in stakes.

A pair of doubles