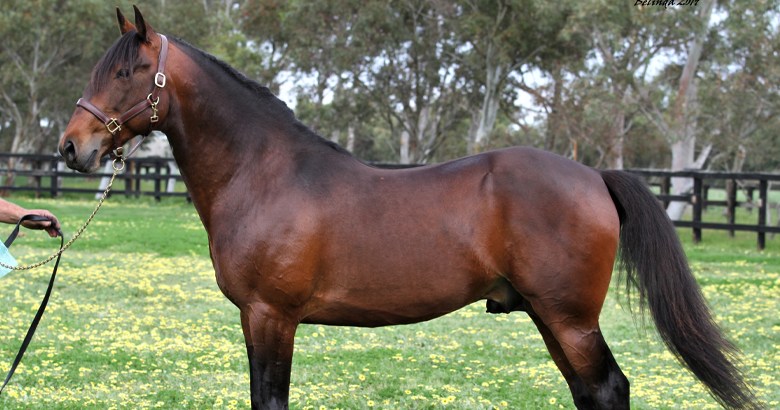 The brilliant FOLLOW THE STARS filly Black Jack Baby is the leading stakes-earning two-year-old in Australia to date this season.

Her end-to-end success at Gloucester Park on July 24 was her eighth from just 10 starts – including wins at Group 1 and Listed level – and boosted her stake tally to $110,216.

And, the following day at Bunbury, Follow The Gold, a FOLLOW THE STARS colt bred and raced by Allwood Stud Farm, became his sire’s ninth individual two-year-old winner for the season.

FOLLOW THE STARS has also been represented by 18 three-year-old winners in 2019/20 with eight winners – including five fillies – in July, and from his first crop of 60 foals he has sired 23 individual winners.

Three-year-old winners by FOLLOW THE STARS have been The Stars Above, a winner at Gloucester Park in 1:59.7, Beejays Star (Pinjarra), Catchafallingstar (Bunbury), Royal Order (Northam), Star Of The Class (2:00, Wagin), Star In Art (Wagin), Our Star Carly (Wagin) and Nightwatch Star (Central Wheatbelt).

FOLLOW THE STARS is to stand the 2020/21 season at Goulburn Valley Equine near Shepparton in Victoria.

Eagle Commander, a two-year-old son of FLY LIKE AN EAGLE, has been going great guns in NSW. The gelding completed a winning hat trick with a career-best 1:58.7 effort at Bathurst.

Meanwhile, LOMBO MANDINGO was credited with a pair of winners in NSW during July in Brocks Territory, a winner in 1:53 at Menangle, and Art Of Grange (Penrith).