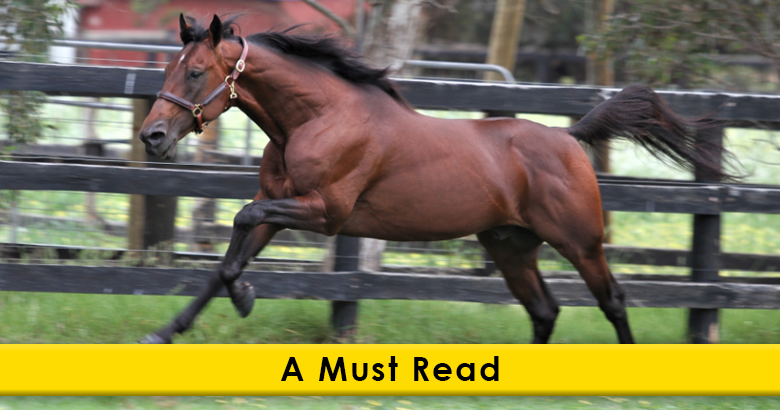 From The Team At Allwood

While its true North America has around 3,000 recorded families, one seems to be leading the way in the modern era, especially on the latest release of Harness Racing Living Hall Of Fame List.

The  U7 – Miss Duvall family has a staggering 7 living greats on the list.

If we take a quick look at each of the bio’s from  the Harness Museum of the Stallions above, it’s clear to many just how special these stars are.

Western Ideal Bred by Brittany Farms, world champion pacer Western Ideal was foaled on May 23, 1995 in Versailles, Kentucky, and raced in 1997, 1999 and 2000. As a five-year-old in 2000, trained by Brett Pelling and driven by Mike Lachance, Western Ideal won the Breeders Crown, William R. Haughton Memorial, Canadian Pacing Derby and the Graduate Series. In his Breeders Crown victory, Western Ideal set a world record 1:48 for five-year-old and older Standardbreds on a mile track. He was voted 2000 Dan Patch Older Pacing Horse of the Year.

Bred by Brittany Farms of Versailles, Kentucky, pacing horse Art Major was foaled on June 11, 1999 and has a lifetime race record of 49-32-7-2. His primary driver and trainer were John Campbell and William Robinson respectively.

In 2002, three-year-old Art Major finished on the board in 25 of 31 starts with 20 wins. Victories included the Breeders Crown, Hoosier Cup, Cane Pace, Progress Pace, Confederation Cup, James Dancer Memorial, Tattersalls Pace and Bluegrass. His earnings of $1,562,779 were the most of any Standardbred in 2002 and he was voted Dan Patch and O’Brien Three-Year-Old Pacing Colt of the Year.

Four-year-old Art Major won 8 of 11 starts with 3 seconds in 2003. Major victories included the Breeders Crown, Canadian Pacing Derby and U.S. Pacing Championship. Ranked fourth in earnings for all Standardbreds in 2003 with $1,082,930, Art Major was voted Dan Patch and O’Brien Older Pacing Horse of the Year.

As a broodmare sire, Art Major has sired the dams of winners of over $39 million.

Bred by White Birch Farm in Allentown, New Jersey, two-time Pacer of the Year Captaintreacherous was foaled on February 17, 2010 and has a lifetime race record of 33-23-5-2. He was driven by Tim Tetrick and trained by Tony Alagna.

In 2012, two-year-old Captaintreacherous finished on the board in all of his 10 starts, winning 8 and earning $918,253. Victories included the Metro Pace, Woodrow Wilson and Nassagaweya. The leading money winning two-year-old Standardbred of 2012, he was voted Dan Patch Pacer of the Year and Dan Patch and O’Brien Two-Year-Old Pacing Colt of the Year.

Three-year-old Captaintreacherous earned $2,055,033 while winning 13 of 16 starts including the Breeders Crown, North America Cup, Meadowlands Pace, Hempt Memorial, Cane Pace, American-National, Tattersalls Pace and the Bluegrass. He was voted 2013 Dan Patch Pacer of the Year and Three-Year-Old Pacing Colt of the Year. Captaintreacherous was the leading money winning Standardbred of 2013.

As a four-year-old in 2014, Captaintreacherous earned $175,371 in seven starts, including a victory in the Meadowlands Maturity. He retired as the 9th leading single-season money winning pacer of all time. As a sire Treacherous has set the bar too high for others to compete with him, his top 10 are as follows.

The team at Allwood Stud in WA (Phone:  0421 331 586 ) could just have landed the biggest scoop the breeding industry has seen in years by landing one of the hottest stallion prospects available in the sport.

A son on Hall Of Fame immortal.

Bred by Hanover Shoe Farms of Hanover, Pennsylvania, 2005 Horse of the Year and world champion pacer Rocknroll Hanover was foaled on April 2, 2002. He was sold to Jeffrey S. Snyder of New York, New York for $190,000 at the Standardbred Horse Sales Company’s Yearling Sale in Harrisburg, Pennsylvania on November 3, 2003. Trained by Brett Pelling and driven by Brian Sears, Rocknroll Hanover raced in 2004 and 2005, and accumulated a lifetime record of 26-15-5-5. At the time of his retirement, Rocknroll Hanover was the fastest two-year-old Standardbred in history, the 3rd leading single-season money winning Standardbred of all time (currently 6th) and the 11th leading all-time money winning pacer.

ROCK N ROLL WORLD belongs to the same U7-  Miss Duvall family that dominates the Hall Of Fame list above, which is noted for the number of successful sires it has produced such stars as Art Major, American Ideal Captaintreacherous, Perfect Art, Real Artist and Western Ideal.

ROCK N ROLL WORLD displayed brilliant speed and stamina, winning on half-mile, five-eighths and mile tracks in Stakes and Invitational company from two to five years.
In all, ROCK N ROLL WORLD won 18 races with 27 placings for $712,737 in stakes.

A bay horse, foaled in 2012, 15.3 hands and a stunning individual, ROCK N ROLL WORLD represents GREAT value for your broodmare.

What’s really intriguing and exciting about this stallions profile is that there is clear signs that breeders with broodmares on the Adios, Direct Scooter and Meadow Skipper sire line should have a very serious  look at this astonishing stallion prospect from the leading U7- Miss Duvall Family.

Fresh semen from  commercial stallion prospects who come from elite families are almost impossible to fine in this country  at present and don’t be surprised if this young gun (his semen is available 7 days a week ) doesn’t book out very soon. Contact Mick Holtham on 0421 331 586 to secure your chance to breed the sports next champion.

Other U7 – Miss Duvall family members

Beach Babe gets the booty