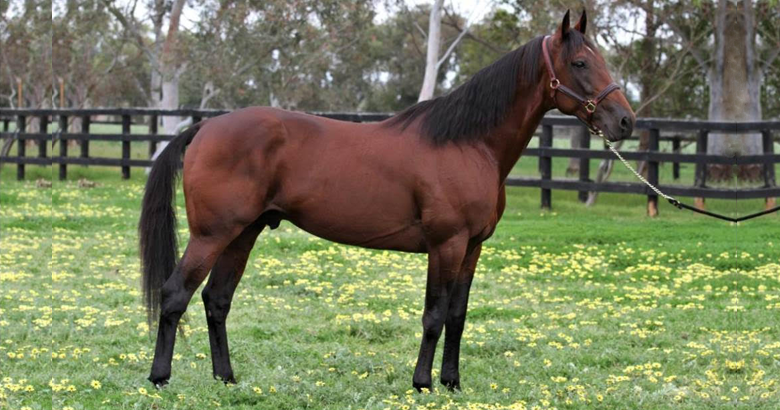 The team at Allwood Stud is delighted to announce that both Follow The Stars (sire of Australasia’s leading Filly for 2020) and Rock N Roll World, both these very exciting and up and coming stallions will be standing at will be standing at Goulburn Valley Equine, Congupna Victoria for the 20/21 season.

When we spoke to Mick Holtham today at Allwood Stud he said “We are so proud to own these very talented young sires outright.  With the potential new Vicbred Bonus breeding scheme, we thought it was time to let the breeders on the east tap into some of the hottest available genetics  in the sport.”

The super-fast ROCK N ROLL WORLD 1:48.3, who carries the title of having “The Golden Cross of the 21st Century”, belongs to the U7-Miss Duvall family, which is noted for the number of successful sires it has produced such as Art Major, American ideal, Captaintreacherous, Life Sign, Perfect Art, Real Artist, and Western ideal just to name a few.

ROCK N ROLL WORLD is a bay horse, foaled in 2012, 15.3 hands and a stunning individual and represents GREAT value for your broodmare at the amazing fee of just $4400 less discounts.

Leading 2Yo sire (4th at this time), Follow The Stars, the 2014 Australian and New Zealand 2YO of the Year and rated one of the best youngsters ever produced in this country, is lining up for his first ever season at Stud in Victoria. Follow The Stars won 10 of his 11 starts as a two-year-old and $455,409 – a scrimmage putting him out of the race at his other appearance in the Harness Jewels at Cambridge.

He won in a career-best 1:53.8 at his second start in the Group 3 NZ Sapling Stakes in February and maintained his brilliance right to the end of a long 2yo campaign. He captured the Group 1 $297,000 Breeders Crown Final at Melton at his final start, ripping home in 55.7 after being required to work overtime from an awkward barrier draw.

The charismatic colt also made a clean sweep of the Australian Pacing Gold series at Melton, winning the Group 1 $322,000 Final in runaway fashion in 1:54.1 for 1720 metres, as well as the $100,000 Cardigan Bay Stakes – his third Group 1 success in Auckland.

As a three-year-old Follow The Stars was among the top bracket. He won nine of his 15 starts and $251,828 including successes in the Caduceus Club Cup, Waikato Guineas, Reg Withers Classic (Kilmore), a heat and semi-final of the Vicbred and a heat of the Breeders Crown.

In all, Follow The Stars won 19 races and was nine times placed from 29 starts for $707,237 in stakes. He is from the very powerful U24 – Lida family. This of course is the same family as the hall of fame champion BEACH TOWEL who had a spectacular racing career and was crowned 1990 Horse of the Year. Beach Towel retired as the richest single-season Standardbred (both gaits) of all time.

Although plagued by allergies as a two-year-old, Beach Towel won 11 of 13 starts, earning $478,497. He set stakes, track or season records with each victory, including the Presidential, Matron, Potomac and a Governor’s Cup elimination.

To celebrate this move to Victoria, Follow The Stars (sire of Australasia’s leading filly) will represent astonishing value, with a fee of just $3,300 less discounts.

For all booking details please contact Michael on 0410 565 244 or email: bookings@allwoodstud.com.au

The 2YO Winners Keep Coming For Follow The Stars