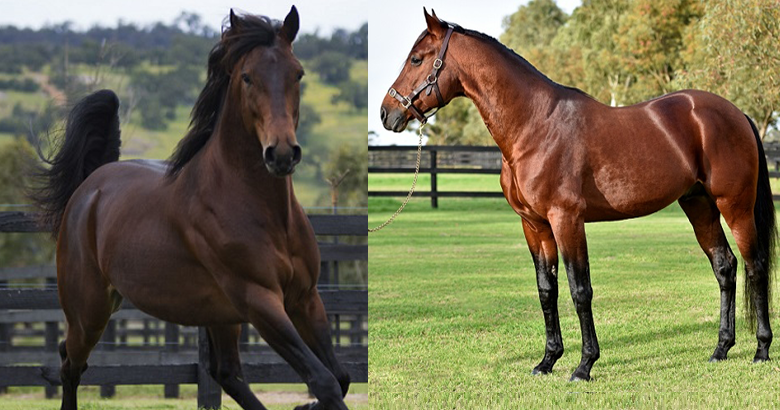 The Group 2 $50,000 WA Champagne Classic was a triumph for Allwood Stud Farm as their sires Follow The Stars and Fly Like An Eagle provided the winner Bushwacked and third placegetter Tomlous Jambo respectively.

Another Follow The Stars two-year-old winner was the Allwood Stud-bred Follow The Music, who won a heat of the APG Gold Bullion and finished fourth in the $50,000 Final.

Follow The Stars was also represented by the three-year-old winners Our Shooting Star (1:57.7, Pinjarra), Lets Get Messi (Bunbury) – both bred by Allwood Stud – Mybrotherskeeper and Atomic Star.

Recent winners from Follow The Stars’ first crop of four-year-olds were Star Of The Class (Northam and Central Wheatbelt), Shes All Star (1:58.8, Penrith), The Stars Above (Bunbury), Beejay’s Star and Star Like (both Northam).

Fly Like An Eagle, this season’s leading two-year-old stakemoney sire, produced winners on either side of the continent.

The list was headed up by the Allwood Stud two-year-old Valhalla Miss, who made it three wins from four starts at Gloucester Park with a career-best 1:57.4 front end effort.

Other recent Fly Like An Eagle winners were the two-year-old filly Wonderful To Fly, who won a heat of the APG Gold Bullion in 1:56.1, the three-year-old Killara Eagle (Leeton) and the NSW provincial winners Chasing The Wind (1:56.1), Glamour Eagle (1:57.1), Heres Your Bonus (1:58.7) and Grandview.

Allwood Stud had another red-letter month in April breeding no less than 15 individual winners for the month – rather a notable feat.

Other winners bred and raised at Allwood included the Gloucester Park victors Back In Twenty (1:54.8) and The Last Drop (1:57.8), Quick Stride (1:56.7), Allwood’s Rocknroll, Make It Happen and Glowing Report.